The summer of 2021 was when concerts came back to the USA, and they came back fast and in full force! Creative Audio was the chosen vendor for the legendary band STYX when they started their latest tour promoting the new release of the Crash of the Crown album. Since COVID safety protocols were still in flux in much of the country, amphitheaters and outdoor venues were the safest option for everyone on the tour, as well as the thousands of fans eager to get out of the house and see live music again. A large, scalable, and most importantly fast deploying audio and lighting system was what the artists crew envisioned, and the inventory and staff at Creative Audio was the perfect compliment.

For those that don’t know, the production staff for STYX is some of the best in the industry, and such an iconic group doesn’t deserve any less. The STYX FOH Engineer and Lighting Designer both strive relentlessly for perfection, day in and day out, regardless of isolated challenges or the occasional delays that pop up while on tour. Creative Audio provided them with our lead audio technician Vinny Ribando and lead lighting technician James Henriksen. The lead techs were also supplemented on tour with three assistant technicians and two truck drivers. Day to day our staff exceeded the expectations of the tour. Towards the end of the run, our production staff was chasing the tour staff to the trucks during load-outs, and combined recorded a full tour load out with three semi’s of gear in just over 75 minutes.

This was no small feat to accomplish. The audio and lighting systems were both large scale touring rigs. For audio, the tour chose our JBL VTX Line of speakers and Creative Audio carried a full flown system compromised of 48x boxes of VTX V25 line array cabinets, 8x VTX A8 line array cabinets, and 30x VTX S28 subwoofers. Each side of the PA had 16x boxes of V25’s in the main hang, 8x V25 boxes for out fills, and 8x S28 flown subs in a cardioid configuration. 14x S28’s subs were also utilized for additional ground support with the A12’s as front fill speakers.

Powering the rig was racks of Crown Itech 4×3500 amplifiers, which were configured to run at 208 volts. Each side of the audio system was split into multiple zones of 2 box circuits. Even with the system running at up to ~110dbA, this configuration is so efficient it barely pulls more than 30 amps per leg on average!

The lighting system consisted of 3 trusses of Tyler GT moving light truss and an additional 50′ of 12″ box trussing for the bands backdrop. The total fixture count when the design was finalized came to 114 fixtures and 8 fixture types. The primary profile fixtures chosen were the Martin Mac Viper Profiles, which are a long standing industry standard. They are reliable, sturdy, and have over 25000 lumens of output. Our lighting techs love them too because they are easy to maintain on the road when the occasional issue does arise. To compliment the profiles on the upstage and midstage trusses was a slew of GLP X4 moving wash fixtures, and Martin Atomic 3000 LED strobes.

The downstage truss was a challenge initially because so many of the venues on the tour were outdoors, so Creative Audio recommended as many IP-65 rated fixtures as possible. Chauvet Colorado 3 Solo IP washes, Chauvet Ovation E260WW-IP Lekos, Elation DTW-700 4-cell blinders were the perfect fit, and even during the inevitable rain shower the tour played on night after night!

There is no challenge our team cant overcome! What can Creative Audio provide for your next tour? 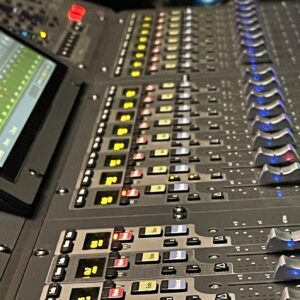 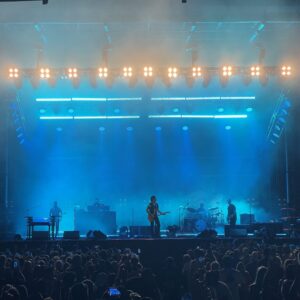 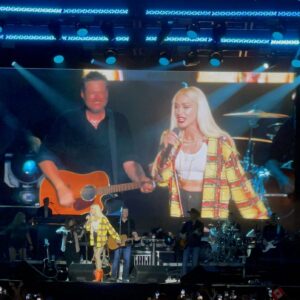 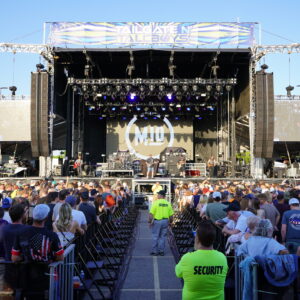